Ian began glass sculpting in Sydney. In 1984, he and his family moved to Evan’s Head in the Northern Rivers area of NSW. It was at that time he began flame work in earnest, trading as Kipsie Glass, the Northern Rivers’ original, locally established, flamework business.

From 1991 to 2003, the families own retail store “Acclaim to Flame” in Lismore Shopping Square ( and 3.5 years in Byron Bay) was the exclusive outlet for Ian’s products. He now operates exclusively from the New Italy Museum Complex.

Ian’s work has been praised by his peers and mentors for its technical precision, attention to detail, use of colour, and artistic versatility.

His fascination with the refraction and reflection of light, drove him to ever more expressive artistic forms, dancing the fine line between the liquid and solid states of matter, using heat, gravity and dextrous freehand manipulation of glass media, all done with the minimum of, or often no, tools.

With over 30 years experience behind the torch, Ian is considered a survivor in his field.
The Gallery at New Italy also boasts an extensive range of wheel engraved glassware by Arnie Gautsch.

Also available is a carefully selected range of quality, Australian made, gifts. 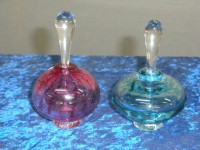 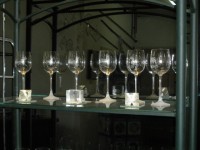 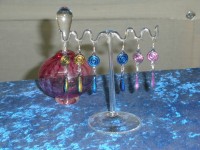 Your ticket for the: New Italy Glass Art Gallery