New Italy is situated some 13 kilometres south of the township of Woodburn in northern New South Wales, Australia. The Pacific Highway bounds the settlement to the east and Double Duke State Forest forms the southern boundary of the settlement. To the west it adjoins the Bungawalbyn wetlands, and to the north it borders cane lands associated with Swan Bay.

The New Italy area (as determined by the NSW Geographical Names Board) lies entirely within the boundaries of the Richmond Valley Council Local Government Area. In all some 3030 acres of land was selected by the first Italian settlers at New Italy. Clifford described the area saying “it is about 3 miles square and consists of fifty-three selections, ranging from 40 to 120 acres, occupied by about thirty families”.

It is the collective activities of the Italian pioneers at New Italy, the archaeological fabric that remains of their endeavours, and the social significance of their activities both in the past and in the present that today forms the cultural landscape of New Italy. The New Italy museum provides an accessible and tangible link to this, helping to foster greater understanding and appreciation of the significance of the New Italy settlement.

We have broken down the history of the New Italy Settlement into the three phases of settlement :-

The map below shows the original settlement during the 1880’s: 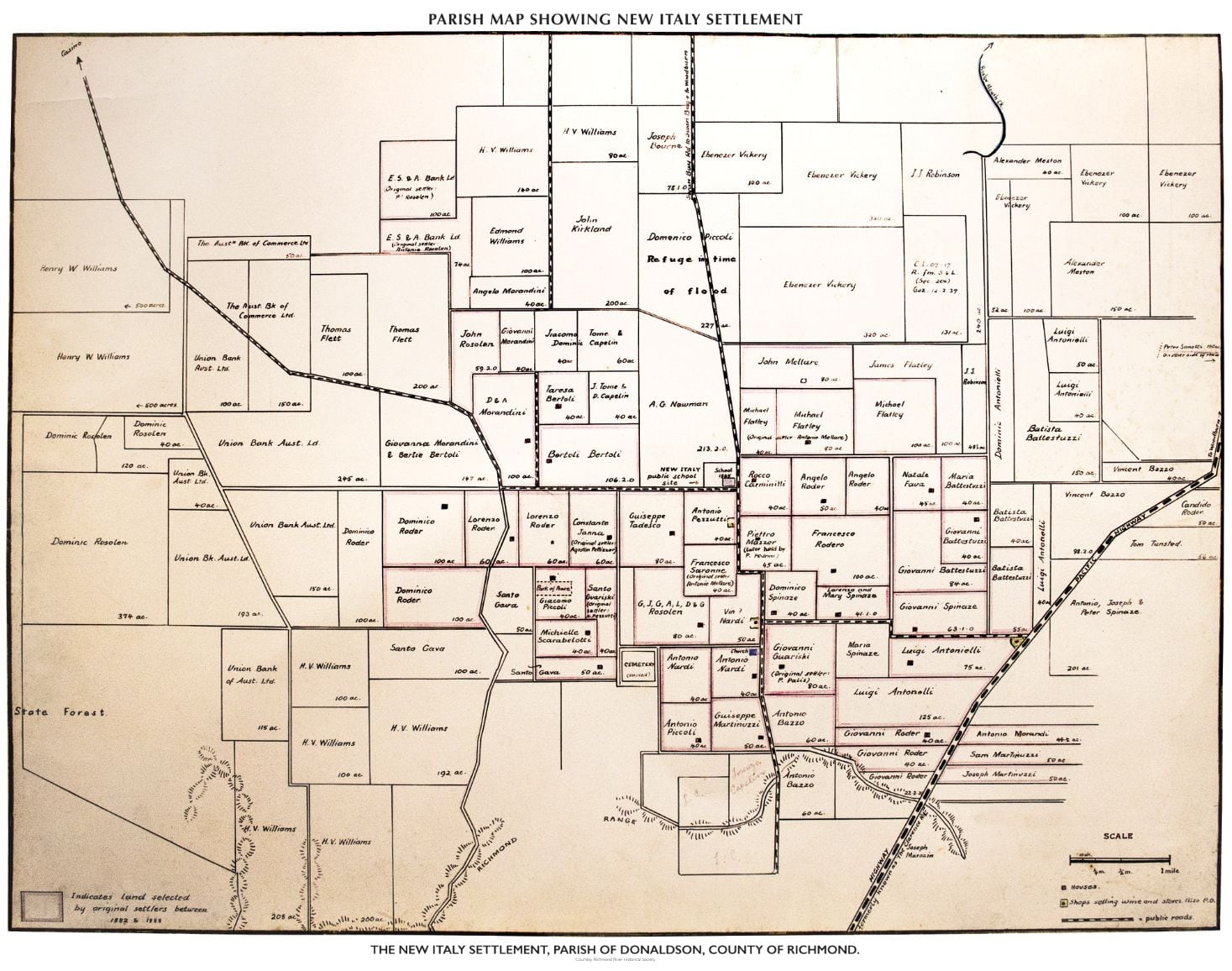 Your ticket for the: The Settlement